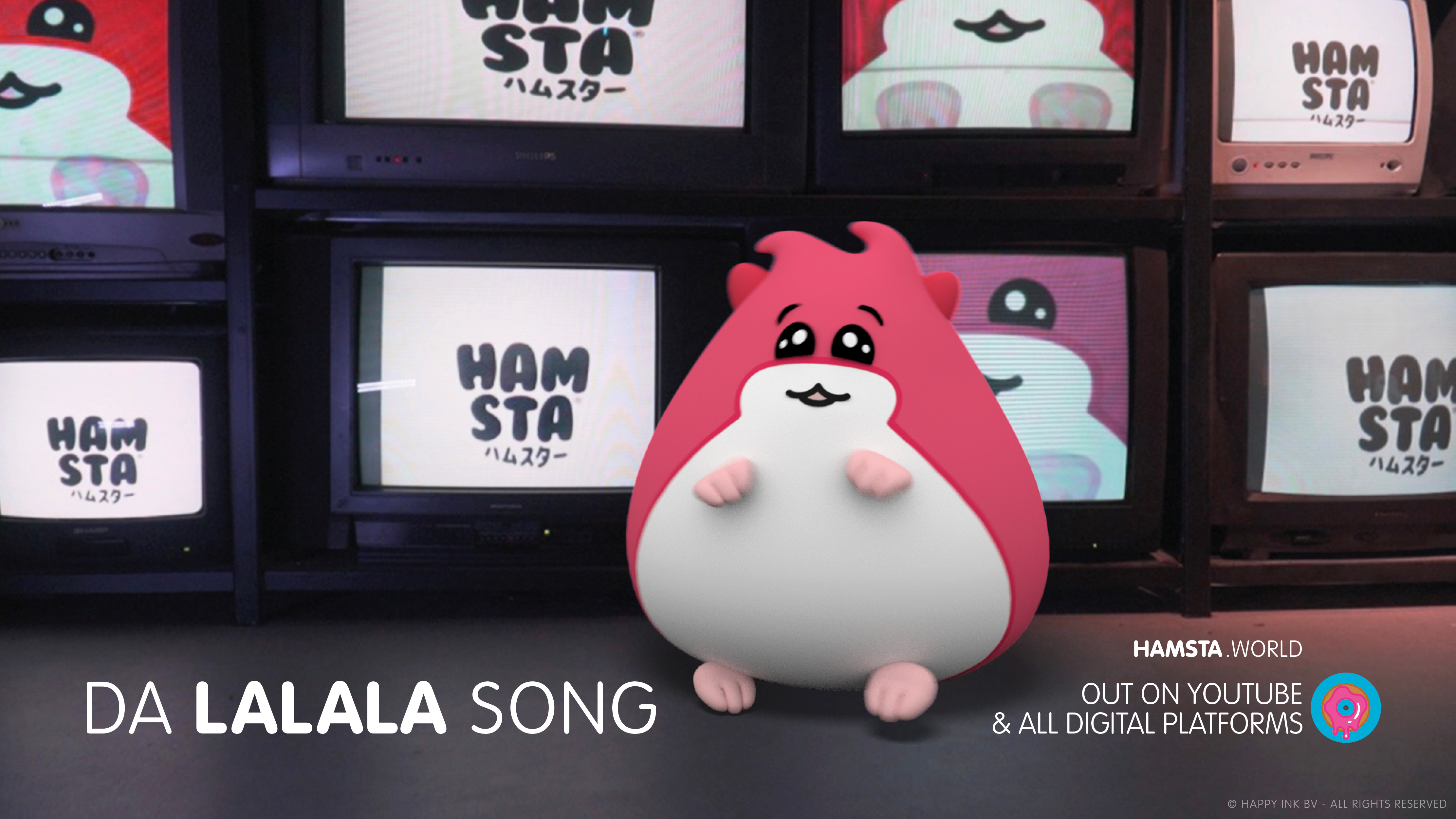 Da Hamsta Squad from Hamsta World is shaking its belly in 3D for the first time in their exciting
new music video. Cosmo Polly and her Hamsta friends can’t stop dancing to their catchy new
feel good tune Da LaLaLa Song. In the music video Da Hamstas party it up Hamsta style with
Dutch TikTok celebrity Sara Dol. The 3D animation in the video are a sneak peek to the new
Hamsta World animation series, created by Los Angeles based AMGI Animation Studios. The
video for Da LaLaLa Song is set to be released August 1st on YouTube and across Hamsta World
partner WildBrain Spark’s network YouTube channels.

The adorable 3D animations are created by AMGI Animation Studios. Supervising the animation
team to put the perfect jiggle in da Hamsta wiggle and jelly in da belly, is Colin Brady, an
absolute authority in the field of animation having held positions in the past at Pixar and
Industrial Light & Magic, amongst others.

“The entire AMGI Studios team are incredibly excited to be a part of the brand new, totally fun
Hamsta music video – featuring Da LaLaLa Song. We’re having a blast rendering the wonderfully
wacky Hamstas in 3D for the first time! The catchy, Hamsta music video premiere represents a
really big kickoff to what promises to be an ongoing batch of memorable animations coming to
market. I just can’t stop humming Da LaLaLa tune!” says Brady.

The Voice Of Holland Kids singer Isabel de Jongh lends her voice to Hamsta Cosmo Polly. The
little red Hamsta sings about something dear to her heart: just be yourself – an important
theme in Hamsta World where you are always loved for who you are.

Saskia Keiser, Hamsta creator and CEO of Happy Ink says, “It’s fantastic to finally see my
Hamstas in 3D. It is everything I envisioned and more. Colin and his team truly created magic.
Da Hamstas are so incredibly cute, it makes you just want to hug and squeeze them. I hope kids
around the world will find joy singing and dancing along with Cosmo Polly and the other
Hamstas. And that they’ll take the song’s message to heart: they are perfect just the way they
are and can be themselves at Hamsta World.”

About Hamsta World
Da Hamstas of Happy Ink have been spreading happiness and joy since 2017. Born to Dutch
Hamsta creator and art director Saskia Keiser, the eight fun and food minded Hamstas quickly
became global dwellers, putting smiles on faces all over the world. Da Hamstas of Hamsta
World are represented by agents in more than seven territories. “At Hamsta World you can be
your true self because you are loved for who you are.”